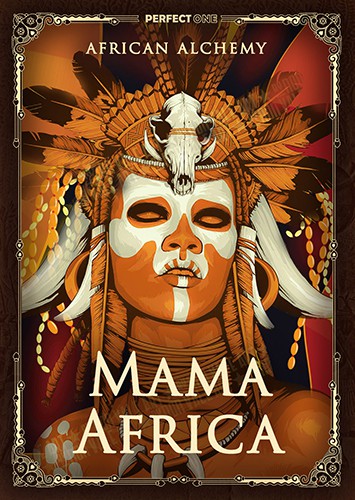 Whether or not we want to admit it, the history of humankind began in Africa. The place itself essentially provoked the development of a certain kind of effort, which raised the nature of homo sapiens living on Earth above the surrounding environment in terms of its physical, energetic, and mental state.

Attempts to bring African cultures down — to paint them as having limited mental abilities or being unable to survive — have not only failed but have also showed the narrow-mindedness of the cultures who placed themselves above Africans. Shallowness, lack of insightfulness, or the basic ability to survive has led to the fact that contemporary Africa is suffering from a pseudocivilized development where people have given up their spirit for the sake of chemistry and technological progress.

And now there is no hope that modern humanity will ever understand it because the level and degree of understanding depend on low-frequency vibrations of a brain unable to comprehend the greatness of its own capacity, let alone the possibilities of the African brain. Apart from thinking in terms of rhythm, the African brain is also capable of generating energy that makes it possible to live in conditions impossible for many people and to remain in a heightened state of emotional experience that feeds the spirit of Africans. Thanks to the fact that African cultures have spread all over the world, especially in Latin America, we have witnessed the materialization of those experiences through rhythms and arts that have entered the lives of Europeans and Asians now excited to dance African dances in their parks.

Gone are the times when Africans had children not on their choosing but as instructed by tribal leaders — when conception itself was a ritual, a preparation for creating the «right» people, because a birth that wasn’t thoroughly prepared for equaled bringing evil spirits to life — that is, was considered to have no energetic foundation. If this is not sufficiently clear, we can look at the energy level of children born in modern families, to say nothing of their mental level.

The decline of the traditional lifestyles of many African tribes was caused not so much by natural disasters, famine, and disease as by the reduced ability of Africans themselves to oppose those processes. However, rituals granting a boy or a girl the ability to produce children remain the most important rituals for many African tribes to this day. Next comes the ritual of conception and giving birth. For Africans, it is a ritual of creating and enriching the energy of space, which is why it is unacceptable to allow any members of the community to stifle or destroy the spirit of the place. Every child not born according to traditions and whoever steps on their land are viewed as people who deform the space. But the most interesting part is that Africans are not worried about other cultures as they do not perceive the power of their spirit; it’s more important not to break the rules of the community. Hence their tough stance on nontraditional relationships that have invaded and paralyzed many African countries. We are talking not only about same-sex relationships but also about sexual abuse, which shows the weakness of human nature.

But the most curious part is the difference between tribes in terms of their day-to-day activities. There are so many limitations that it appears as though there are numerous inconsistencies between one tribe and another. In reality, these inconsistencies are caused by the need to preserve the power of the place and its inhabitants. Despite the seemingly varied relationships within families and tribes, the goal is always the same: obey the God of the area — rhythm.

People lacking the right mental resources are unable to perceive God in rhythm. But that’s not all: it’s not African women who give birth to children, as white people understand it; it is rhythm. And all interactions within a family always take place at the level of rhythm: through dance, playing musical instruments, and singing. We can also compare these inconsistencies to still-ongoing restrictions on foods that do not have the required energies. But as we know, this is where the most crushing blow is dealt — in the form of genetically modified foods, unnatural products, sodas, and the likes.

African food that may not seem very nutritious to us has actually given (and continues to give) Africans much more energy than we can imagine as many of them are even capable of absorbing energy from the sun or strong plants. And a person who cannot absorb energy is not allowed to make food for others because when there is no understanding of the energy of food, food can become poisonous.

Another important piece of knowledge possessed by African cultures is the masks and different pastes used to cover one’s face and body. For instance, otjize paste is required to nourish life and protect oneself against unwanted energies, although we can also say that it is simply used for hygiene and antibacterial purposes. The ability of an African to connect their consciousness with the space — from the flowers and trees of the Surma and Mursi tribes to the Dagons and their understanding of the planets and stars — is something very unique. And African piercings, plates, and disks for the ears and lips are a way of inserting different devices into the body to transform incoming solar energy. Scars and cuts are meant to change and improve the flow of energy in the body. Incisions, burns, and the poisonous stings of Paraponera clavata ants are all crucial initiation procedures for Africans, while tattoos and painting with plants like henna simply add to the special perception and self-representation in the world. This also includes practices like reconnecting with the crocodile totem or the iboga tree.

Mama Africa is an impossible thing, one that requires comprehension from the person defining it and the person receiving the definition alike. Mama Africa organizes one’s life into a path where every new day is more perfect than the previous one.