Where do thoughts live? 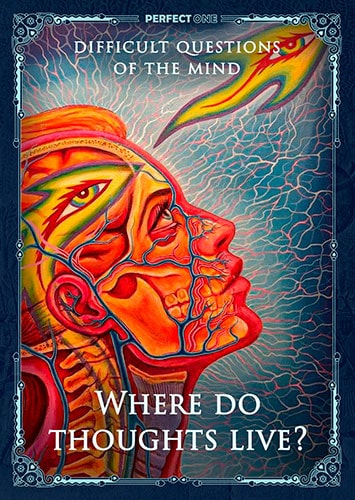 Where do the thoughts come from and where do they live? Or whether we own them?

We begin with the idea that in ancient times a thought could not belong to a person. Thoughts only became part of the conscious process with the emergence of an educational system which initiates development of the mind. At that time, philosophy shaped the art of forming mental effort through learning of developing thoughts. All antique Greek education was built on that.

Awareness is an effort which can be trained as a muscle through application of attention and effort of gathering the mental focus. Speaking of the internal conditions of thought formation, we have either a  simple reflection of a certain thought within us, or a process that we can develop through mental effort. So the question is, to what field of energy does thought belong, what is its strength, wavelength and therefore its period of existence.

For the most part, what we call thought is often just the result of our temporary arousal, which, as a rule, reflects some external factors and is processed by our mirror neurons, oriented outward. We involve ocular neurons (mesh membrane neurons), ear neurons (spiral channel neurons), neurons of lower functions of the brain, internal organs, or higher neurons reflecting thoughts of higher worlds and related to irrational perception. In fact, all of us have those connections in childhood.

And as we grow, there is a struggle between a true and conventional way of thinking. Gradually, dependence upon external thoughts develops, because our mind remains dependent or untrained. Taking into account these external factors influencing us one can ask a question — maybe the thought is not in us?

The greatest difficulty in all this for our consciousness is represented by the processes of internal brain responses. These reactions determine our mental activity, when our personal comprehension is nothing more than an illusion. In fact, it is the brain’s reaction to the consciousness itself and to a thought. So it all comes down that we just reflect the thought like a mirror. But without an internal effort to form thought, we cannot determine this outward factor either.

However, the question of reflection is no less interesting, since it also has our internal implication. First, we invent, visualize and not only believe in it easily, but are also able to perceive tactilely — for example, representing warmth. We «cook» the effort of attention, and then identify with it.

Speaking of an external factor, we touch upon an enormous spectrum of causes, including temporal and space phenomena that can influence our thoughts. For example, the thought of the spirit of a mountain, a higher mind or planets. And also our impressions, our dreams and other factors which might be referred to as irrational.

Why are some people getting signals from other worlds and knowing amazing things without any tricks? Because they «mirror» and, therefore, have the ability to perceive other vibrations. The same goes for the inner vision process.

It turns out that the mechanism of thought formation is dependent upon the structuring of the energy field and the dimension that is capable of giving a signal. But why do we need thoughts in such a form? They are necessary for the formation of the consciousness, the mind and, in the end, the brain itself. But this is exactly what not many people do.

Take, for example, the genuine Zen concept of no-mind. This is the same form of generating one, higher type of effort, over another. And this can be compared as a formula to generate an interior thought that goes beyond mere reflection.