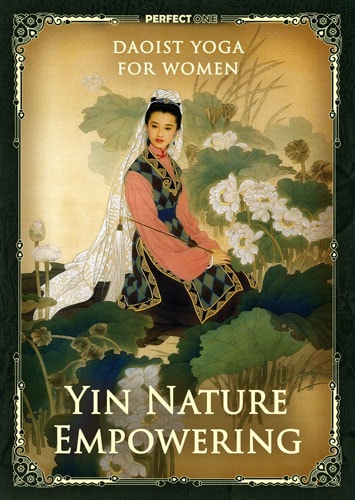 The practice of strengthening Yin energy, or Yin nature empowering, is a fundamental Daoist practice. On an advanced level, it represents an alchemical work related to the ability of the womb to communicate with the body. For men, this practice is an additional opportunity to fill and balance internal organs.

During the practice, we are working on developing the Single Sphere of Yin, aimed at collecting and strengthening energy. Obtained energy would support us further by enhancing the process of internal transformations.

According to the Daoist teaching, when Single Sphere is formed, the human body can produce nine types of elixir. It means we are capable of storing energy inside the body like in a vessel.

Since the nature of a woman is characterized by Yin energy, this practice is a way to restore the natural energy circulation and assimilation.

Yin energy, in its essence, has three natures, three properties of effort —  Yin-qi, Yin-jing, and Yin-shen.

The main objective of this practice is the process of comprehending these three efforts and also mixed energy. It is not pure Yin or Yang, but jing energy, that is, not separated to Yin-qi and Yang-qi.