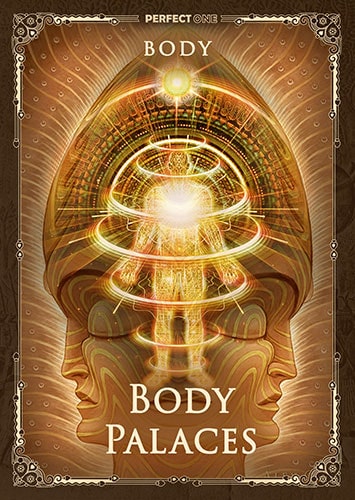 Body palaces are concepts of integral anatomy. There are parts of the body, the activity of which characterizes by the degree of tension and energy circulation of the bone marrow in that part.

According to integral anatomy, the human body is similar to the macrocosm. It is believed that the Body Palaces correspond to fixed stars with their frequency characteristics. Therefore, in the science of sacred anatomy, a motionless but pulsating body is used. Just as in the body, our bones affect entire parts of the body, so certain stars affect the constellations and planets and in general the whole macrocosm.

There are different types of stars varying in their vibrational frequency similar to the cells in the brain (when we talk about the heavenly plane), spinal cord (human plane), and bone marrow (sacral plane). All together they are combined into sacred geometry and represent a regular dodecahedron with its starry pentagonal tops. It is influenced by Brihaspati (Brahmanaspati, बृहस्पति) and is based on the sidereal period of Jupiter’s rotation, which bypasses all the peaks in 12 years, of course, if viewed from the position of the sacred human anatomy.

The teaching about the Palaces of the Body also known as the Palaces of Great Bliss (Great Bhava) was regarded as a source for cultivating perfection. For the realization of this principle, it was important to activate all twelve Palaces (Bhavas). This science is based on the tradition of Khmer medicine, which presented the knowledge of Vedic medicine and astrology (Jyotish).

The concept of anatomy embodies a pattern of the macrocosm with its twelve constellations or Rashi. In the human body, the Rashis are represented in the form of twelve levels of conscious manifestation. Consciousness is present in places of manifestation of life power in the body which are called Graha’s. Each Graha is connected to the bone marrow and, consequently, to one of the bones in the body.

The 12 areas are divided into 3 levels. Each level has 4 axial directions (conditions for the formation of measurements), that is, in total there are 12 levels, or 12 functions of the Rashi (area of life force), regulating the proportions of the skeleton, tendons, and organs of the body